Who the f**k is Raina Maris?

Once upon a time in the cold, dim woods of Wisconsin, a fanciful little girl raised on fairy tales and ghost stories found her older brother’s Black Sabbath Paranoid cassette. She hid in a closet and played it on repeat until the tape wore out. She emerged, dressed in black, ready for blood. Oh, the humanity! She was only seven!

Fast-forward, past years of music lessons, five copies of the Downward Spiral, an obsession with the ocean, and enough eyeliner to make Robert Smith proud, to present-day Raina Maris.

Raina Maris’ music is hard to define – there are elements of gothic, symphonic, piano-driven, refined, raw, electronic, folk metal, world and more.  It fits under the ‘rock’ umbrella but it’s your interpretation as to where.  She thinks fans of Kate Bush, Tori Amos and Evanescence will enjoy the female-fronted piano-centered rock aspects, while fans of Nine Inch Nails, Chelsea Wolfe, Tool, Lacuna Coil, Bjork or Florence + the Machine’s ‘Ceremonials’ will enjoy the variety of sonic mechanical textures, dark feel and ambient heaviness. Anyone who likes a big-voiced, woman-led symphonic hard rock band will turn it up to 11.

Raina Maris’ debut EP “Rage to Master” launched on October 31st, 2017.  Buy the physical CD and more here! Since, she’s released a few cover songs such as the Moody Blues’ ‘Nights in White Satin’ and Blue Oyster Cult’s ‘Vengeance.’  Her full length follow-up “Anhedonia” is currently in the tracking phase.

She is represented by Zerobudget Records (Minneapolis, MN, USA). 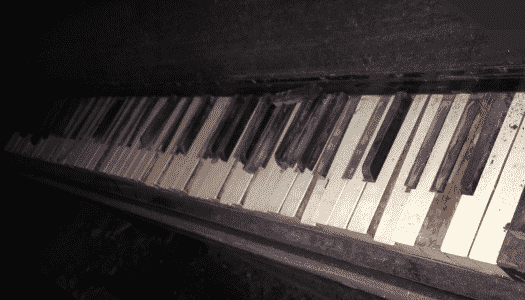 “A unique vision, evidencing someone dedicated to their craft. At every level, it is the details which will draw you in. Establishing itself outside of any faddish, contemporary trend, this is something you’ll be able to appreciate as much a year, or ten years, from now.”